While in Montreal, he associated with Dr. Larry Coughlin, and together, they were consultants to numerous sports teams including the Montreal Alouettes Football Club, the Montreal Expos Baseball Team, and the Manic Soccer team.

Dr. Oliver was a member of the Medical Team of the Canadian Olympic Team in 1976. This experience lead to further roles as Chief Medical Officer of the medical teams of the Canadian Teams to the FISU Games in Mexico City in 1979, the World Aquatics in Guayaquil, Ecuador in 1982, and the Commonwealth Games in Edinburgh in 1986.

Dr. Oliver has volunteered on an orthopedic medical mission to Ecuador in 2007. He also served as a civilian Trauma Surgeon on the Canadian Forces Medical Unit at the Kandahar airfield Trauma Hospital in Kandahar in March 2008.

Dr. Oliver’s orthopedic practice includes the surgical management of trauma cases that are admitted at Kelowna General Hospital. Electively,
Dr. Oliver has concentrated on the care of individuals with arthritis (hip and knee replacement surgery), while continuing his interest in arthroscopic treatment of acute and chronic knee injuries. His surgical practice also includes the surgical management of carpal tunnel syndrome. Dr. Oliver has been involved as a Clinical Professor at the UBC Medical School.

In addition to his practice in Kelowna, Dr. Oliver has been a consultant at the Specialist Referral Clinic in Vancouver since 2004. From 2008 to 2013, he was on staff at UBC Hospital, where he performed arthroplasty surgeries on patients from the Okanagan, thereby reducing the wait times for surgery in the interior of B.C.

Although many referrals are sent to a surgical specialist, in many cases the referral is made for a nonsurgical condition. In this case, your referral may be redirected to our physiatry sports medicine specialist or our primary care sports medicine physician. In other instances, your referral may be deemed a surgical referral, but it may be more appropriate for you to see another surgical specialist who has specialized training in your condition.

Kelowna Bone and Joint Health now requires a completed standard referral form with all referrals. In addition to this, appropriate x-rays within 6 months of the referral need to be included in the referral. The standard referral form ensures that you are seen by the most appropriate physician in the shortest amount of time. The x-rays are required to ensure that your presenting complaints are fully assessed on the first visit, rather than having to book a follow-up appointment to provide treatment recommendations for your diagnosis.

If illness, travel problems or other extenuating circumstances arise, we appreciate a phone call as soon as possible so that we can make use of the office time for another patient and reschedule your appointment.

Missed appointments (without a phone call): Due to historical issues with no shows slowing patient access a no show – short cancellation fee of $100 has been instituted to limit this. If you have to cancel for any reason, please call the office at least 48 hrs prior to your scheduled appointment to avoid this cancellation fee.

Referral letters will be returned to the referring doctor with a note stating that the appointment was not attended. Rescheduling will usually require another referral letter.

A letter is generated after each consult and sent to the referring doctor. Letters typically outline the diagnosis, the treatment options, and any follow-up required. Please feel free to review this letter with your family doctor.

If you still have questions or concerns after your consultation, please feel free to call and book a follow-up appointment. A lot of information is typically conveyed at the time of the first consult, and it is common to have additional questions or concerns arise. If you need further information on the problem and treatment options, or have any concerns, please feel free to call.

What are the options for shoulder replacement today?

A group of researchers from Boston asked the question, “Do women have better outcomes than men when it comes to total shoulder arthroplasty (TSA)?” Their research, recently published in the Journal of Shoulder and Elbow Surgery, says “no.” However, they do have different expectations of the surgery. The study, conducted by researchers from The New… View Article 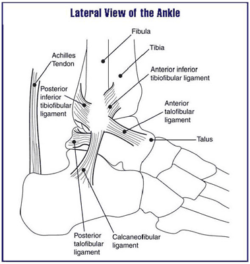 Achilles tendinitis is a common condition that causes pain along the back of the leg near the heel. The Achilles tendon is the largest tendon in the body. It connects your calf muscles to your heel bone and is used when you walk, run, and jump. Although the Achilles tendon can withstand great stresses from… View Article